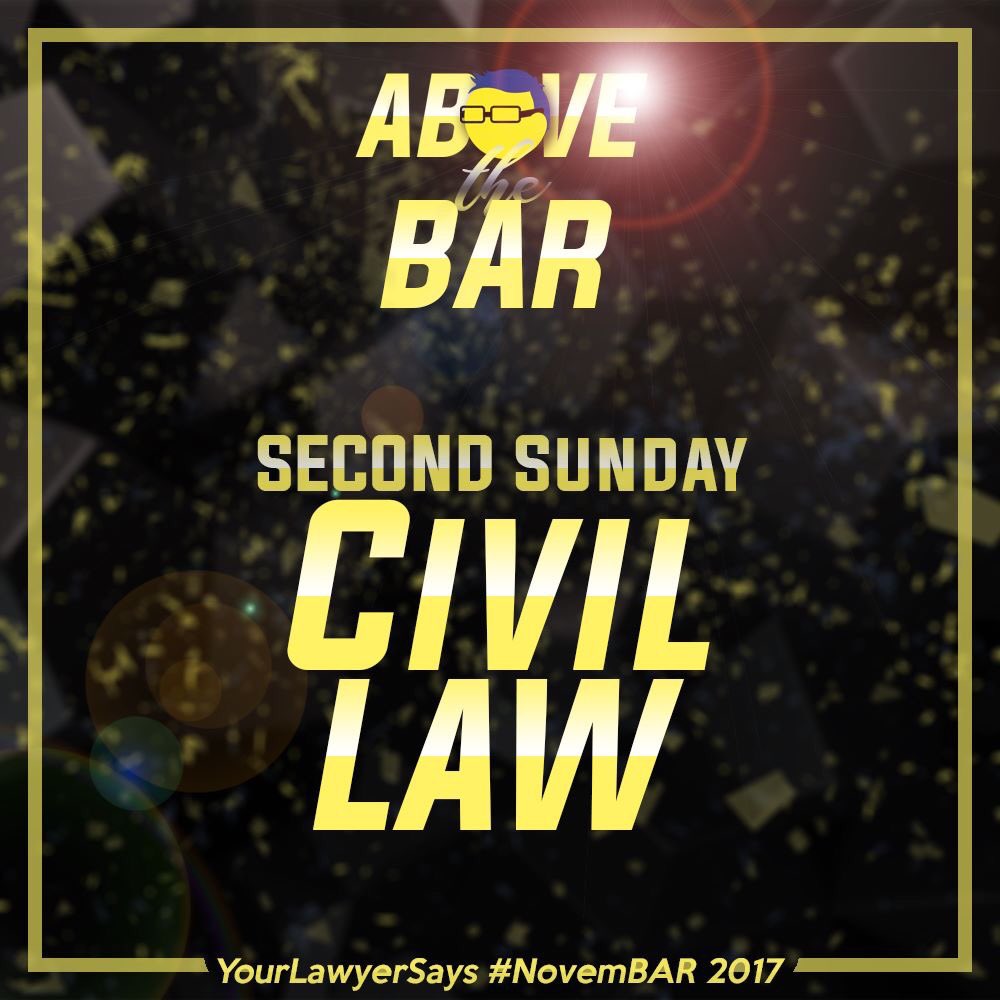 State whether the following marital unions are valid, void, or voidable, and give the corresponding justifications for your answer:

a. Ador and Becky’s marriage wherein Ador was afflicted with AIDS prior to the marriage. (2%)

b. Carlos’ marriage to Dina which took place after Dina had poisoned her previous husband Edu in order to free herself from any impediment in order to live with Carlos. (2%)

c. Eli and Fely’s marriage solemnized seven years after the disappearance of Chona, Eli’s previous spouse, after the plane she had boarded crashed in the West Philippine Sea. (2%)

d. David who married Lina immediately the day after obtaining a judicial decree annulling his prior marriage to Elisa. (2%)

e. Marriage of Zoren and Carmina who did not secure a marriage license prior to their wedding, but lived together as husband and wife for 10 years without any legal impediment to marry. (2%)

In 1960, Rigor and Mike occupied two separate but adjacent tracts of land in Mindoro. Rigor’s tract was classified as timber land while Mike’s was classified as agricultural land. Each of them fenced and cultivated his own tract continuously for 30 years. In 1991, the Government declared the land occupied by Mike as alienable and disposable, and the one cultivated by Rigor as no longer intended for public use or public service.

Rigor and Mike now come to you today for legal advice in asserting their right of ownership of their respective lands based on their long possession and occupation since 1960.

a. What are the legal consequences of the 1991 declarations of the Government respecting the lands? Explain your answer. (2%)

b. Given that, according to Section 48(b) of Commonwealth Act No. 141, in relation to Section 14(1) of Presidential Decree No. 1529, the open, continuous, exclusive, and notorious possession and occupation of alienable and disposable lands of the public domain as basis for judicial confirmation of imperfect title must be from June 12, 1945, or earlier, may Mike nevertheless validly base his assertion of the right of ownership on prescription under the Civil Code? Explain your answer. (4%)

c. Does Rigor have legal basis for his application for judicial confirmation of imperfect title based on prescription as defined by the Civil Code given that, like Mike, his open, continuous, exclusive, and notorious possession and occupation was not since June 12, 1945, or earlier, and his tract of land was timber land until the declaration in 1991? Explain your answer. (4%)

Josef owns a piece of land in Pampanga. The National Housing Authority (NHA) sought to expropriate the property for its socialized housing project. The trial court fixed the just compensation for the property at P50 million. The NHA immediately deposited the same at the authorized depository bank and filed a motion for the issuance of a writ of possession with the trial court. Unfortunately, there was delay in the resolution of the motion. Meanwhile, the amount deposited earned interest.

When Josef sought the release of the amount deposited, NHA argued that Josef should only be entitled to P50 million.

Who owns the interest earned? (3%)

a. Distinguish antichresis from usufruct. (3%)

Jacob comes to enlist your legal assistance to bring an action against Liz to recover the possession of the property.

What remedies are available to Jacob to recover possession of his property under the circumstances? Explain your answer. (4%)

Tyler owns a lot that is enclosed by the lots of Riley to the North and East, of Dylan to the South, and of Reece to the West. The current route to the public highway is a kilometer’s walk through the northern lot of Riley, but the route is a rough road that gets muddy during the rainy season, and is inconvenient because it is only 2.5 meters wide. Tyler’s nearest access to the public highway would be through the southern lot of Dylan.

May Dylan be legally required to afford to Tyler a right of way through his property? Explain your answer. (4%)

Alice agreed to sell a parcel of land with an area of 500 square meters registered in her name and covered by TCT No. 12345 in favor of Bernadette for the amount of P900,000. Their agreement dated October 15, 2015, reads as follows:

I, Bernadette, agree to buy the lot owned by Alice covered by TCT No. 12345 for the ammount of P900,000 subject to the following schedule of payment:

In December 2016, Bernadette offered to pay her balance but Alice refused and told her that the land was no longer for sale. Due to the refusal, Bernadette caused the annotation of her adverse clalm upon TCT No. 12345 on December 19, 2016. Later on, Bernadette discovered that Alice had sold the property to Chona on February 5, 2016, and that TCT No. 12345 had been cancelled and another one issued (TCT No. 67891) in favor of Chona as the new owner.

Bernadette sued Alice and Chona for specific performance, annulment of sale and cancellation of TCT No. 67891. Bernadette insisted that she had entered into a contract of sale with Alice; and that because Alice had engaged in double sale, TCT No. 67891 should be cancelled and another title be issued in Bernadette’s favor.

a. Did Alice and Bernadette enter into a contract of sale of the lot covered by TCT No. 12345? Explain your answer. (4%)

b. Did Alice engage in double sale of the property? Explain your answer. (4%)

Pedro had worked for 15 years in Saudi Arabia when he finally decided to engage in farming in his home province where his 10-hectare farmland valued at P2,000,000 was located. He had already P3,000,000 savings from his long stint in Saudi Arabia.

Eagerly awaiting Pedro’s arrival at the NAIA were his aging parents Modesto and Jacinta, his common-law spouse Veneranda, their three children, and Alex, his child by Carol, his departed legal wife. Sadly for all of them, Pedro suffered a stroke because of his over-excitement just as the plane was about to land, and died without seeing any of them.

The farmland and the savings were all the properties he left.

(a) State who are Pedro’s legal heirs, and the shares of each legal heir to the estate? Explain your answer. (4%)

(b) Assuming that Pedro’s will is discovered soon after his funeral. In the will, he disposed of half of his estate in favor of Veneranda, and the other half in favor of his children and his parents in equal shares. Assuming also that the will is admitted to probate by the proper court. Are the testamentary dispositions valid and effective under the law on succession? Explain your answer. (4%)

Danny and Elsa were married in 2002. In 2012, Elsa left the conjugal home and her two minor children with Danny to live with her paramour. In 2015. Danny sold without EIsa’s consent a parcel of land registered in his name that he had purchased prior to the marriage. Danny used the proceeds of the sale to pay for his children’s tuition fees.

Is the sale valid, void or voidable? Explain your answer. (3%)

Briefly explain whether the following contracts are valid, rescissible, unenforceable, or void:

(b) A contract of lease of the Philippine Sea entered by and between Mitoy and Elsa. (2%)

(d)A sale entered by Barri and Garri, both minors, which their parents later ratified. (2%)

(e) Jenny’s sale of her car to Celestine in order to evade attachment by Jenny’s creditors. (2%)

Zeny and Nolan were best friends for a long time already. Zeny borrowed 310,000.00 from Nolan, evidenced by a promissory note whereby Zeny promised to pay the loan “once his means permit.” Two months later, they had a quarrel that broke their long-standing friendship.

Nolan seeks your advice on how to collect from Zeny despite the tenor of the promissory note. what will your advice be? Explain your answer. (3%)

Will KrystaI’s suit for annulment of sale and reconveyance prosper? Explain your answer. (4%)

TRUE or FALSE – Explain your answers.

(a) All rights are considered as property. (2%)

(b) A lessee cannot bring a case for quieting of title respecting the property that he leases. (2%)

(c) Only the city or municipal mayor can file a civil action to abate a public nuisance. (2%)

(d) Possession of a movable property is lost when the location of the said movable is unknown to the owner. (2%)

(e) Continuous non-apparent easements can be acquired either through title or by prescription. (2%)

Plutarco owned land that borders on a river. After several years the action of the water of the river caused the deposit of soil, and increased the area of Plutarco’s property by 200 square meters.

a. If Plutarco wants to own the increase in area, what will be his legal basis for doing so? Explain your answer. (2%)

b. On the other hand, if the river dries up, may Plutarco validly claim a right of ownership of the dried-up river bed? Explain your answer. (2%)

Kevin signed a loan agreement with ABC Bank. To secure payment, Kevin requested his girlfriend Rosella to execute a document entitled “Continuing Guaranty Agreement” whereby she expressly agreed to be solidarily liable for the obligation of Kevin.

Can ABC Bank proceed directly against Rosella upon Kevin’s default even without proceeding against Kevin first? Explain your answer. (3%)

Jovencio operated a school bus to ferry his two sons and five of their schoolmates from their houses to their school, and back. The parents of the five schoolmates paid for the service. One morning, Porfirio, the driver, took a short cut on the way to school because he was running late, and drove across an unmanned railway crossing. At the time, Porfirio was wearing earphones because he loved to hear loud music while driving. As he crossed the railway tracks, a speeding PNR train loudly blared its horn to warn Porfirio, but the latter did not hear the horn because of the loud music. The train inevitably rammed into the school bus. The strong impact of the collision between the school bus and the train resulted in the instant death of one of the classmates of Jovencio’s younger son.

Jovencio denied being a common carrier. He insisted that he had exercised the diligence of a good father of a family in supervising Porfirio, claiming that the latter had had no history of negligence or recklessness before the fatal accident.

(a) Did his operation of the school bus service for a limited clientele render Jovencio a common carrier? Explain your answer. (3%)

(b) In accordance with your answer to the preceding question, state the degree of diligence to be observed by Jovencio, and the consequences thereof. Explain your answer. (3%)

(c) Assuming that the fatality was a minor of only 15 years of age who had no earning capacity at the time of his death because he was still a student in high school, and the trial court is minded to award indemnity, what may possibly be the legal and factual justifications for the award of loss of earning capacity? Explain your answer. (4%)

Here are the questions for Taxation 2017 Bar Examination!

Special thanks to Twitter users @chriszabeatch and @bibibons for the questions!